A Chat with Our favorite Dating Coach 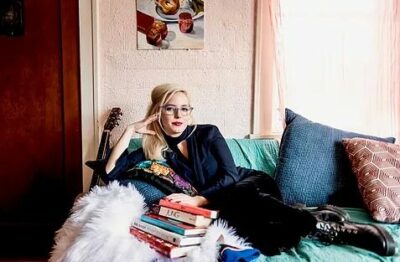 We first connected with Cora Boyd, a Seattle-based “no bullshit dating coach,” earlier this year when she helped emcee the Modern Love Dating Game we co-sponsored with the Evergrey, and we knew pretty much instantly that we wanted to get to know her better. So we sat down to get her take on meeting new people, how she defines dating success, and that infamous article on dating in Seattle.

M: So, we have to ask, what do you think about that article naming Seattle as the worst city for dating?

CORA: It’s interesting because doesn’t everyone think their city is the worst for dating? It’s a hard thing to gauge because everyone’s sort of validated by everyone else’s negative experiences. I don’t doubt that it’s really hard here—there’s a skewed male to female ratio in Seattle and anytime that happens by more than just a few points, people just seem to disengage more regularly.

And that just contributes to morale fatigue—and that goes for places beyond Seattle. It breeds a lot of frustration and a lack of inertia. I guess my take-away is, dating isn’t always a walk in the park no matter where you live.

M: What about the Seattle Freeze? Is that real?

CORA: I think we do have the Seattle Freeze. For me, coming from the south where everyone talks to everyone, here it’s just not as customary for people to talk to others that they don’t know. But I kind of think that opens up an opportunity. Since we know so many people are frustrated with this “norm,” we can choose to not be complacent with it. You can almost be guaranteed that it will be welcomed if you have the desire to break with the status quo.

Take Meddle for example—it’s different. It doesn’t play into this notion that finding a date is this isolating endeavor. It’s a creative way to leverage a digital tool that’s fun and useful and inclusive. I think social vetting is something that’s missing from a lot of online dating and that can contribute to a lack of integrity.

M: You call yourself a “no bullshit” dating coach. How does that translate into tangible tips and tricks for your clients?

CORA: I guess it sort of boils down to being willing to take a risk, to be a social instigator. People put so much pressure on themselves to be witty and smart and clever that I think it hinders lots of us from taking that first step to reach out. What I tell clients is that any form of connection is key—what you actually say doesn’t *really* matter. It can just be “Hey, how are you?” or “Hey, love your shoes.” Keep it low stakes, don’t hype yourself out. If that other person is willing to engage, they’ll engage. If they don’t, they won’t. Wittiness doesn’t really matter.

And after you make that initial contact, you also have to been willing to recognize that they might not be in the mood to engage. And that’s totally okay. And it’s also not a big deal. Move on and don’t take it personally.

This zero-sum mindset—you either fail or succeed—is not a great one to have when dating. But I understand that it’s hard, because we’re allowing ourselves to be vulnerable, but we have to maintain the perspective that someone choosing to not engage with you isn’t a reflection on you at all. They just didn’t want to connect.

M: That’s a good point. Is it also worth noting that being willing to receive initiation is important? Do you talk at all about that?

CORA: An inviting energy is key, but all that really boils down to is just being friendly. That’s it. Good posture, eye contact, that sort of thing. That initial window—the first 30 seconds or so—of connection should just be friendly. Don’t play hard-to-get, just keep it low stakes.

I also talk a lot with others about “allowing space” and what that means is you make your interest known, and then you allow that other person the space to respond and/or react. It’s a give and take. I think it’s important to know that you can be proactive and outgoing and make “moves” so to speak without be an asshole. And to do that, you have to read and respect the response you get.

M: Okay, so someone’s feeling good about heading out there to meet someone—what do you suggest to clients as good spots to connect with others (beyond the obvious bar, coffee shop scene).

CORA: Think of something you do normally, like if you only eat lunch at your desk, then make an effort to go eat lunch in the park so you’re suddenly around others more. In order to meet more people you actually have to meet more people—sounds trite but it’s true. Chances are if you meet someone somewhere that’s a place you go regularly, there’s a commonality there.

I also think it’s important to figure out who your “target demographic” is, so to speak. Dating is a lot like the entrepreneurship process. There’s probably going to be a lot of trial and error. You’re going to have to spend some time really thinking about what your values are and why they’re important to you, and how can you talk about them with others to attract quality dates. This can be challenging because so often we’re focused on external characteristics, but if you can get below the surface, the results are usually much better.

CORA: I think it’s important first to qualify what “success” means in this instance. I don’t want people to assume that being in a relationship automatically means success, because that’s not helpful. Being single isn’t a failure, it’s just your relationship status. Also, just because you’re in a relationship, it doesn’t mean you’re in a quality relationship. So success in this area should mean a lot of different things.

That being said, a favorite client story of mine is that I was having him strike up a conversation with five people a day, just to get him used to the idea of feeling good about that initial connection. He was traveling a lot at the time, so once he ended up needing to connect with people in the airport. And as his luck would have it, he actually met his current partner that way.

M: That’s amazing! Given that the airport is not likely on your list of top date spots, do you have any suggestions for those who are ready to meet beyond that initial connection?

CORA: I am currently compiling a list! But off the top of my head, I love the Zig Zag Cafe behind Pike Place Market. It’s not super easy to find, which can be fun, they have great cocktails and a warm atmosphere without being pretentious.

For dates in general, pick a place where it’s low stakes. So if it’s going well, you can keep going, but if it’s not, it’s not weird to cut it short. So don’t plan this elaborate seven course tasting meal in case you both are over it by the second course. Keep it chill, but be thoughtful. Choose a place that’s near other options so if you want to keep the night going, it doesn’t feel like you’re “leveling up.” I actually recommend this strategy for at least the first few dates.

If you’re interested in learning more about what Cora does, anyone can book a free discovery call to learn about the process and how she might be able to work with you. You can book that call (or just poke around her site) here.

This site uses Akismet to reduce spam. Learn how your comment data is processed.